As the weather grows warmer and plants begin to grow, we will look at the history and lore of local wildflowers through the classic book Old Man’s Garden: The History and Lore of Southern Alberta Wildflowers. Originally published in 1954 by author Annora Brown, the latest edition adds to the classic with commentary from Mary-Beth Laviolette, art curator, and Sidney Black, an indigenous Elder.

We will be joined by Mary-Beth Laviolette, Associate Curator of Art with the Canmore Museum, who will guide our discussion. After the event, a tour of the our heritage flower garden with Susan Suttie will provide a preview of what can be found in the garden this summer. 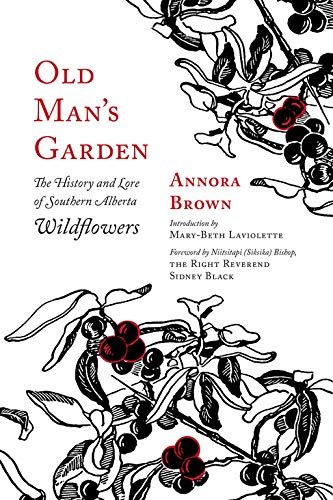 Originally published in 1954, Annora Brown’s Old Man’s Garden is a Canadian classic that tells the story of Southern Alberta’s native plants and wildflowers through art and in consideration of Indigenous traditional knowledge from the region.

Accompanying the new RMB edition of Old Man’s Garden, Sidney Black of Fort Macleod, the Indigenous Anglican Bishop for Treaty 7, provides his own commentary about Annora’s art and writing in relation to the Blackfoot, while independent art curator Mary-Beth Laviolette broadens the story about the artist’s contribution to Canadian art.

Also included in this new edition are full-colour images of Annora’s later paintings of Blackfoot lodges (tipis) and regalia, the dramatic landscape of the Oldman RIver region such as Waterton National Park, and her abiding, lifelong regard for the flora of her homeland.

According to Annora Brown, Old Man’s Garden is a “book of gossip about the flowers of the West.” A one-of-a-kind work featuring 169 black-and-white drawings of flowers and native plants, this classic text is about more than botany. Throughout its pages there is a sparkle to her stories of early exploration and settlement, her concern for conservation, and her regard for the Blackfoot Nation, and Indigenous culture. 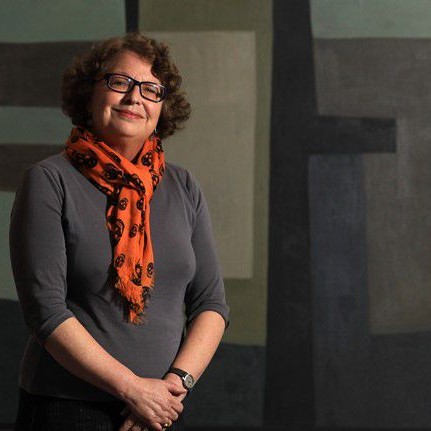 Annora Brown (1889–1987) was one of Alberta’s foremost early artists. She was formally trained at the Ontario College of Art in the 1920s, where the Group of Seven and Robert H. Holmes, one of Ontario’s foremost wildflower artists, instructed her. Her artistic practice spanned the 1930s to the mid-1980s. Despite the isolation of living in the frontier town of Fort Macleod for most of her life, Brown made a living as an artist through teaching (including at Mount Royal College, the University of Alberta, and the Banff School of Fine Arts), illustrating books and magazines, and selling her brightly coloured paintings in watercolour, tempera, and oil, and later, serigraph prints. Her work is represented in private collections and various public venues such as the Alberta Foundation for the Arts, the Whyte Museum of the Canadian Rockies, and Calgary’s Glenbow Museum.

Mary-Beth Laviolette is an avid hiker and independent art writer and curator based in Canmore, Alberta, who specializes in Albertan and Western Canadian art. She is the author of A Delicate Art: Artists, Wildflowers and Native Plants of the West and An Alberta Art Chronicle: Adventures in Recent & Contemporary Art, 1970–2000, and co-author of Alberta Art & Artists: A Survey. Recent exhibitions she has curated include Reckonings: Michael Cameron & Karen Maiolo (Whyte Museum of the Canadian Rockies, Banff); Pulse: Alberta Society of Artists at 80 Years (Triangle Gallery of Visual Arts, Calgary) and Alberta Mistresses of the Modern: 1935 to 1975 (Art Gallery of Alberta, Edmonton). Mary-Beth is also a public speaker and enjoys engaging with the public about art whenever and wherever possible.

Niitsítapi (Siksika) Bishop Sidney Black was elected and consecrated in 2017 to be the Indigenous Bishop of Treaty 7 territory, within the Diocese of Calgary. He is a member of the Blackfoot Confederacy from Siksika First Nation and has served in ministry with Indigenous peoples for many years, including leadership roles at the national level of the Anglican Church, where he helped to facilitate the ongoing movement towards an autonomous Indigenous Church within the Anglican Church of Canada