The Canmore Museum has been collaborating with local high school student Colin Fearing to render some of our artifacts as intricate 3-D models to help make the museum’s collection accessible to the public when in-person interaction is more difficult than ever.

With the museum closed, we began exploring options for how we could better share our collection digitally. We reached out to Canmore Collegiate high school teacher Ken Symington to inquire about the school’s Maker Space: a classroom designed to put students in touch with emerging technologies and mediums including 3-D printing and digital animation. Symington put us in touch with CCHS Grade 9 student Colin Fearing, who alongside his father Paul, is largely responsible for founding the school’s MakerSpace.<p>Between Colin’s impressive experience as a digital designer and Paul’s background in computer science, the father-son team suggested that all we needed to take our collection online was a camera, a computer, a few lights, and some encouragement. Colin and Paul recommended that we look into a process called photogrammetry, a technique that uses photography to accurately measure and record physical information about an object, and use said information to generate a 3-D model. Admittedly, our first attempts fell short. 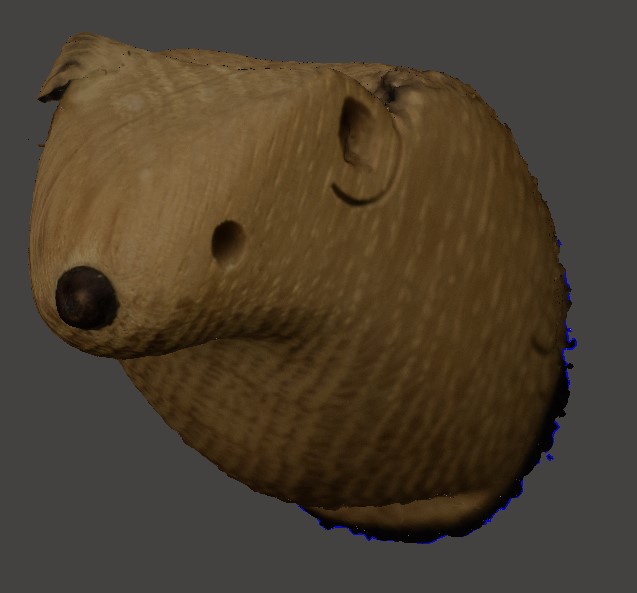 Luckily, we could rely on Paul and Colin’s expert advice. They let us know that objects should be brightly lit and rotated on a turntable (whereas before we rotated the object by hand).

They also recommended that we select objects that were not reflective or glossy, and relatively simple in shape. After some additional guidance and using a turntable to rotate the object, Colin was satisfied with the results and generated this beautiful model:

At present, we are working with Colin to generate as many 3D models as we can. As part of our upcoming Cabinet of Curiosities exhibit in the fall, the models will be made available through our Augmented Reality app (also designed by Colin), allowing visitors to interact with these objects from the comfort of their own home. You can make a big difference. Donate today! Building a vibrant and welcoming community which celebrates and… When visiting a museum, one might expect to see something that our grandparents (or great-great-great… Met with sunny skies, members of the Museum’s staff and Board hosted a socially distanced… This practice telegraph key was donated to the museum by Jack Clipperton. Jack and his…